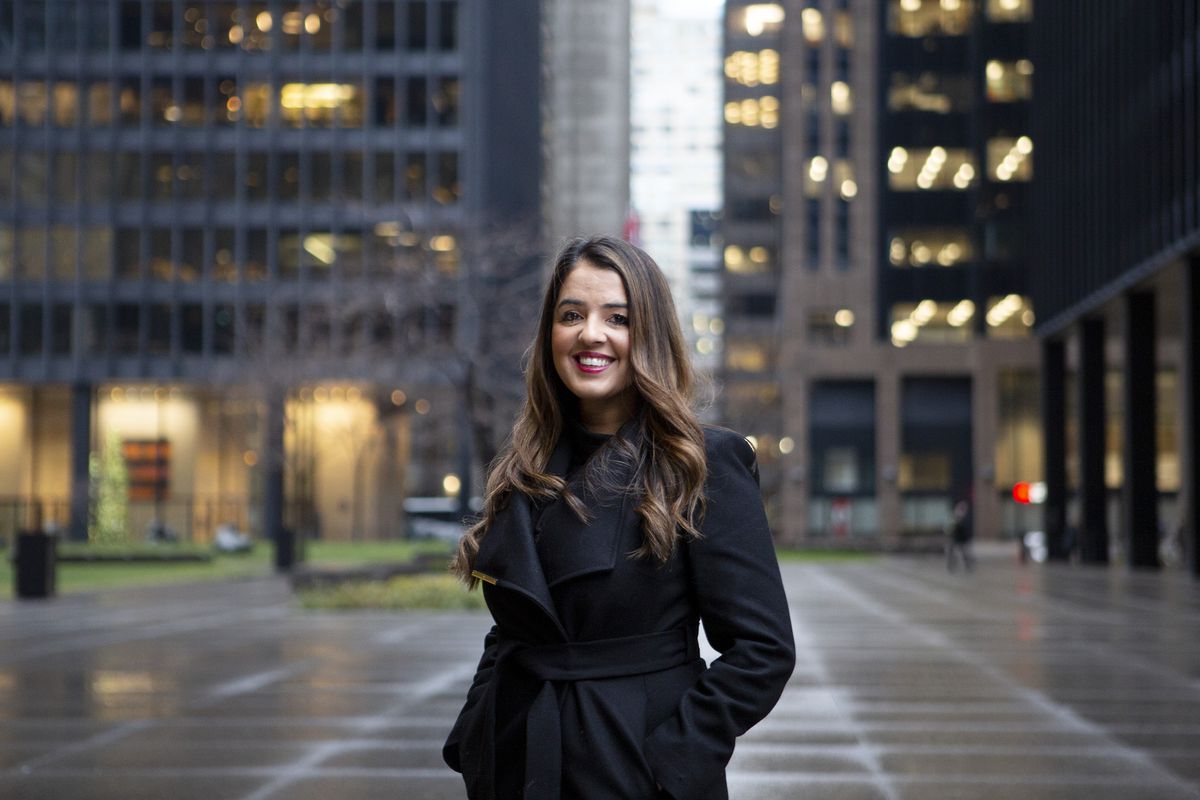 As the new year approaches, it can be a good time to assess past career achievements and make plans for the future. For many women, the idea of ​​becoming an entrepreneur tops their aspirational wish list.

According to 2021 research by ISU Corpthere are 3.5 million entrepreneurs in Canada, and 72.4 percent of Canadians “consider entrepreneurship a desirable career choice.”

But in this era of looming recession, it can be scary to take that leap into small business ownership.

Here, entrepreneurs Rumeet Billan, Amanda Schuler and Sue Henderson share their lessons learned and the secrets to their successes:

At age 21, Rumeet Billan launched her first business, Jobs and Education, an employment job board for schools and international recruiters. She says one of the valuable lessons she learned from those early years was how to separate her personal identity from business when dealing with investors, vendors and potential customers.

While relationships matter when you’re an entrepreneur, she says, it’s important not to let rejections affect your self-worth.

“I learned that when they’re saying no, it’s not to me, it’s to my business,” she says.

Having earned her PhD, Dr. Billan published a book and led several national studies, including a study about “tall poppy syndrome” – a workplace behavior often affecting women where someone is “cut down” or criticized for their achievements. Of the 1,500 survey respondents (most of them women), 87 percent said their achievements at work were undermined by colleagues or superiors.

This kind of jealousy and resentment can create a toxic environment and cause women to feel self-doubt and isolation, Dr. Billan says. Self-doubt can also rear its ugly head when business owners see images of other entrepreneurs who seem to have achieved success so effortlessly.

“People see a successful business but not the year after year of dedication and persistence [it took] to get it there,” she says. “[Don’t feel the need] to keep up with what we see on social media.”

Dr. Billan sold her original company, Jobs and Education, after 18 years. “[You need to] know when it’s time to move on and let the company grow and change,” she says. On December 1st, she became the owner and new CEO of Toronto-based Women of Influence+, a professional development organization for women.

It’s a big change for Dr. Billan, but she’s taking all she’s learned in the past two decades and applying it to an organization that has the potential to grow.

“I’m excited about furthering the brand and focusing on intersectionality,” she says.

One final piece of advice from Dr. Bill? Don’t forget to take time off.

“In 2019, I only took three days off,” she says. “Since the pandemic, I’ve realized I also need time to take care of myself.”

Amanda Schuler’s entry into the world of entrepreneurship started with a partnership.

She and her then-boyfriend (now husband) David Podsiadlo first launched lighting company Miter Box, which led to the launch of Stylegarage, a contemporary furniture company, and Gus* Modern, a collection of mid-century inspired home furnishings, both based in Toronto.

It’s important to find business partners who complement your skills, she says, so you can learn from each other.

“Coming from an entrepreneurial household, discussions are always positive,” she says. “It’s, ‘Have you thought about this possibility?’ rather than, ‘That’s not a good idea.’ “

Exiting the furniture business in 2020, Ms. Schuler realized her entrepreneurial fire still burned. She was inspired to create her current company, Ember Wellness, when she was unable to find simple, sustainable, cruelty-free personal care products from existing health and beauty companies. She launched her vegan skincare business in 2021.

“There’s a prevailing wisdom that everything has already been done,” said Ms. Schuler, “[but] you need to look for a problem you want to solve.”

Although furniture and wellness may seem dissimilar, Ms. Schuler says she realized the core of any business is problem-solving. “So many things can happen during the lifetime of a business – losing a good customer, supply chain issues, inventory problems – it’s more about how you handle the problem than the problem itself.”

“Don’t be afraid to ask for the meeting with a top decision maker,” she says. “Even if they say no, it can open a door to another opportunity.”

With a love of media and a communications degree, Sue Henderson’s career began in the world of television, first at CTV and then as director of communications for Alliance Atlantis. She says that first career developed the skills she would later use to communicate with customers as owner of her personalized jewelry business, Suitables.

“I learned so much about writing when I was working in television,” says Ms. Henderson. “It’s about distilling things down to key messages about what’s important to your brand. I tell a story on every single product.”

Suetables began as a hobby started in Ms. Henderson’s basement in 2005, where customers would pick up their orders from her backyard. She says it took a long time to move her business from her basement to a retail space – thanks to some prompting from her friends. “Sometimes your friends have to show you what you should be doing,” she says.

In 2016, after a successful six-week pop-up venture, Ms. Henderson opened her first brick and mortar outlet in Toronto. Three more were added (in Toronto, Montreal and Vancouver) with another Toronto location in the works for 2023. The company also ships worldwide via their online shop.

When it comes to connecting with customers, Ms. Henderson says, “Focus on the moment.” During the pandemic, she told staff they should remember they may be the only person a customer interacts with that day.

She advises any entrepreneur – newbie or established – to lose the fear and take risks. “I wish I had taken more risks early on,” she says. And don’t be afraid to learn the parts of your business that you might not feel confident about, she adds.

“The more I learned about the [financial aspects], the better it was for my business,” she says. “If I could go back, I would tell my younger self to embrace it all.”

Finally, failure can spark an important turning point, she says, whether you feel ready to face it or not.

“I learned my best lesson when I hit rock bottom. I realized I was strong and I wouldn’t crumble.”

Interested in more perspectives about women in the workplace? Find all stories on the hub hereand subscribe to the new Women and Work newsletter here. Do you have feedback on the series? Email us at GWC@globeandmail.com.