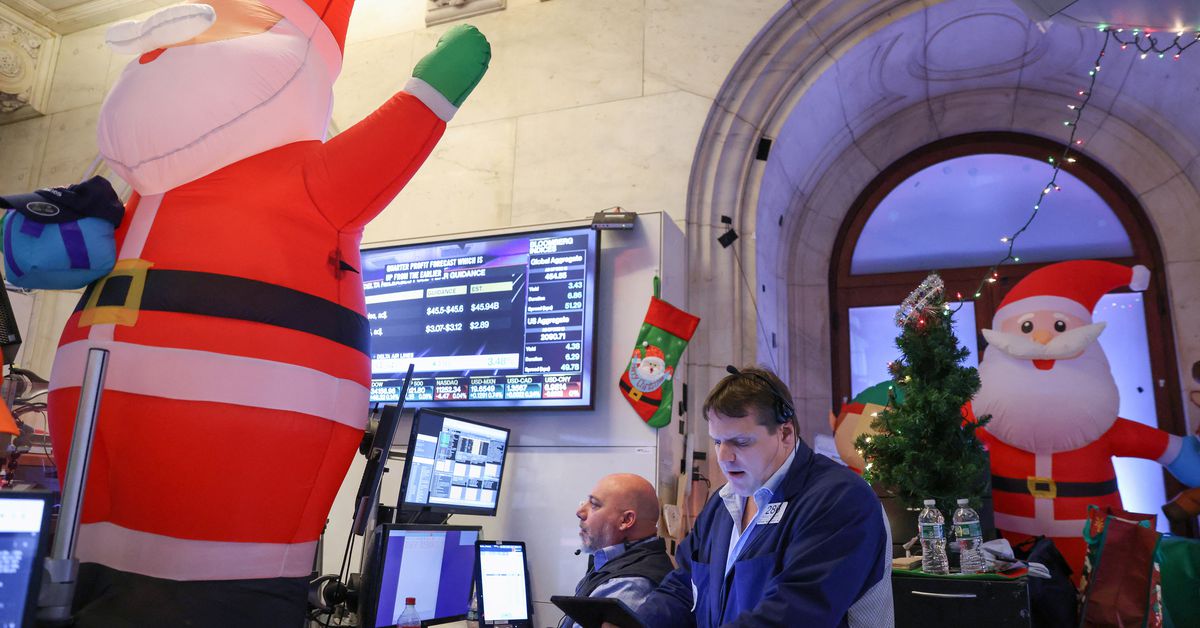 Micron Technology Inc’s glum forecast added to the downbeat mood and caused the semiconductor index (.SOX) to sharply underperform the broader market for its biggest daily decline in over a month.

The final estimate of the third-quarter US gross domestic product was for 3.2% annualized growth, above the previous estimate of 2.9%.

Meanwhile, the Labor Department said filings for state unemployment benefits rose to 216,000 last week but were below economist estimates for 222,000.

And a third report showed the Conference Board’s leading indicator, a gauge of future US economic activity, fell for a ninth straight month in November.

“We’re moving past one of the big worries of 2022 which was the Federal Reserve’s response to high inflationary pressure to the worry about 2023, which is a recession unfolding in the United States and probably globally too,” said Matt Stucky, senior portfolio manager for equities at Northwestern Mutual Wealth Management Company.

“Today’s data, in my mind, kind of confirmed this is the direction we’re heading,” said Stucky, adding that high inflation, a bad economy and tight job market should lead investors “to come to grips with reality that earnings estimates are too high” for 2023.

Recession fears related to the Fed’s prolonged interest rate hiking cycle have weighed heavily on equities this year, with the benchmark S&P 500 (.SPX) on track for a 19.8% annual drop, which would be its biggest since the 2008 financial crisis.

“Strong economic data, especially strong labor market data, keeps the Fed’s foot on the economic brake,” said Liz Ann Sonders, Chief Investment Strategist at Charles Schwab who would prefer to see economic weakness hit “sooner rather than later because then it gives the Fed the ability to pause.”

“You increase the risk of an overshoot if they continue to be aggressive because then the hit is bigger,” she said.

Before it pauses, the Fed is expected to look for more weakness in the labor market and the economy in order to bring inflation down and keep it down sustainably.

The Philadelphia SE Semiconductor index (.SOX) closed down 4.3% after falling as much as 6% earlier in the session. Lam Research (LRCX.O)a Micron equipment supplier, closed down 8.7% after leading the sector’s declines throughout the day.

Micron itself finished down 3.4%.

Tesla Inc (TSLA.O) shares plunged 8.9% after the electric-vehicle maker doubled its discount offering on models in the United States this month, amid concerns over softening demand.

Declining issues outnumbered advancing ones on the NYSE by a 3.78-to-1 ratio; on Nasdaq, a 2.04-to-1 ratio favored decliners.

On US exchanges 10.88 billion shares changed hands, compared with the 11.24 billion average for the last 20 trading days.