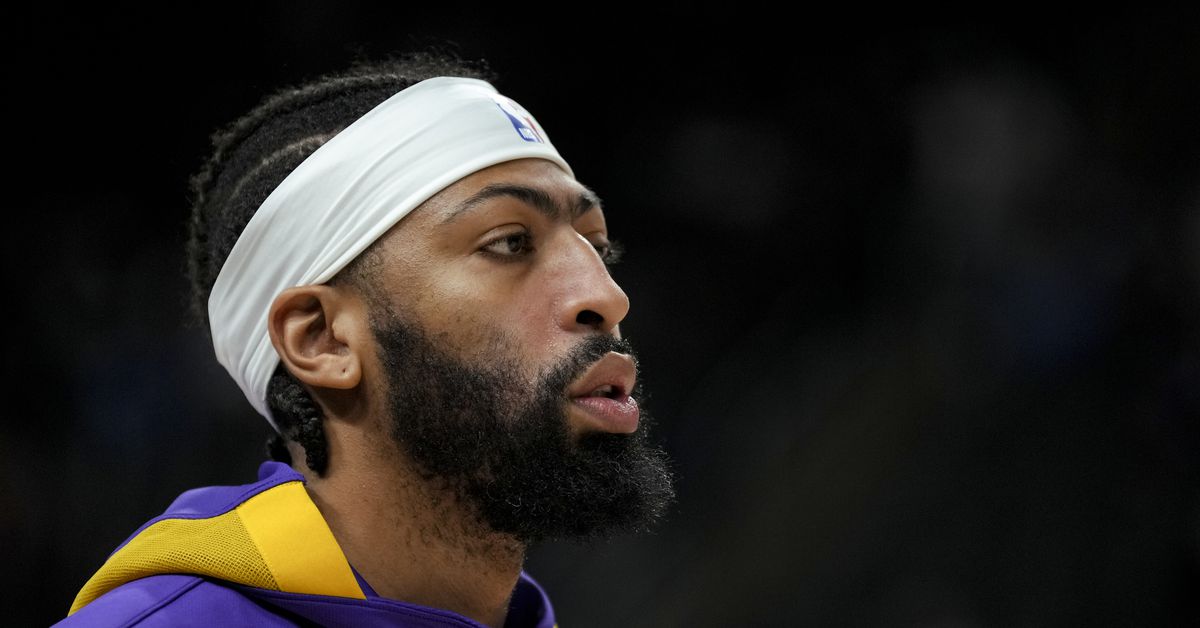 The Lakers have been dealt a huge, huge blow as Anthony Davis has been ruled out indefinitely. After undergoing further evaluation and initially being ruled out for at least a month, according to media reports, the Lakers provided a fairly nonspecific medical update on Friday, saying Davis has a “stress injury” in his right foot and will be out “indefinitely.” The team also added that “further updates will be provided when appropriate.”

Adrian Wojnarowski of ESPN followed up shortly after with a report that Davis will be reevaluated in 7-10 days and is still hoping to avoid surgery, while Chris Haynes of Yahoo Sports reported a similar reevaluation timeline:

ESPN Sources: The pain has subsided in the past several days in Anthony Davis’ foot and he is expected to rest it for another 7-to-10 days and have it re-evaluated and see if he can return to play. For now, there is hope that a procedure can be avoided. https://t.co/4B2RXiAZTV

Los Angeles Lakers star Anthony Davis (foot) to be re-evaluated around the two-week mark, league sources tell @NBAonTNT, @BleacherReport. If healing properly, the hope is that he could ramp up his workouts en route to a return.

Shams Charania of The Athletic issued similar reporting, clarifying that his sources say Davis’ injury is a “stress reaction” and that there is hope Davis can return at some point after that initial month timeline:

“Sources tell me that it’s a stress reaction injury for Davis… the hope is that through rest, rehab and the overall process, he’s going to be able to make progress.”

Our own Dr. Rajpal Brar broke down what this injury could mean in his latest videosaying that “these are truly wait-and-see injuries” that essentially can only heal with rest.

“Essentially when the bone is loaded at a higher rate than it’s being repaired, it can lead to changes in the bone which eventually lead to a stress reaction, and then — if it’s not unloaded and managed appropriately — to a stress fracture,” Brar said. “These low-level stress injuries can be hard to see on X-Ray or MRI, which would explain why it’s taken so long to get an update on AD’s injury.”

For Davis, this is as brutal of injury luck as it gets. The injury itself appeared to come on a fairly innocuous play.

After staying so relatively injury-free through the opening weeks and months of the season, to suffer such a devastating injury in that fashion is cruel.

For the Lakers, this is an equally devastating setback. With Davis playing at this level, the Lakers were rounding into form and making their way up the Western Conference standings back into playoff contention. With him set to potentially miss quite a while, though, their path to contention is far grimmer with their current roster.

There’s obviously the possibility of a trade, but for a franchise that was already hesitant on making a move, a significant injury to AD likely does nothing to make them more willing to go all-in. Especially with it looking increasingly unlikely that they find a deal they like for Russell Westbrook and with Myles Turner — a player who could have filled in for Davis if the Lakers had traded for him this offseason, something they were very close to doing — looking closer and closer to being off the table now that he has entered extension talks with Indiana.

It’s all just a massively frustrating outcome for the Lakers and Davis in what is becoming an all-too-familiar feeling. Hopefully he can return sooner than later, but given how cagey these updates have been, it’s hard to feel overly optimistic.

This breaking news story will continue to update with more information as it develops. For more Lakers talk, subscribe to the Silver Screen and Roll podcast feed on iTunes, Spotify, Stitcher Or Google Podcasts. You can follow Jacob on Twitter at @JacobRude.