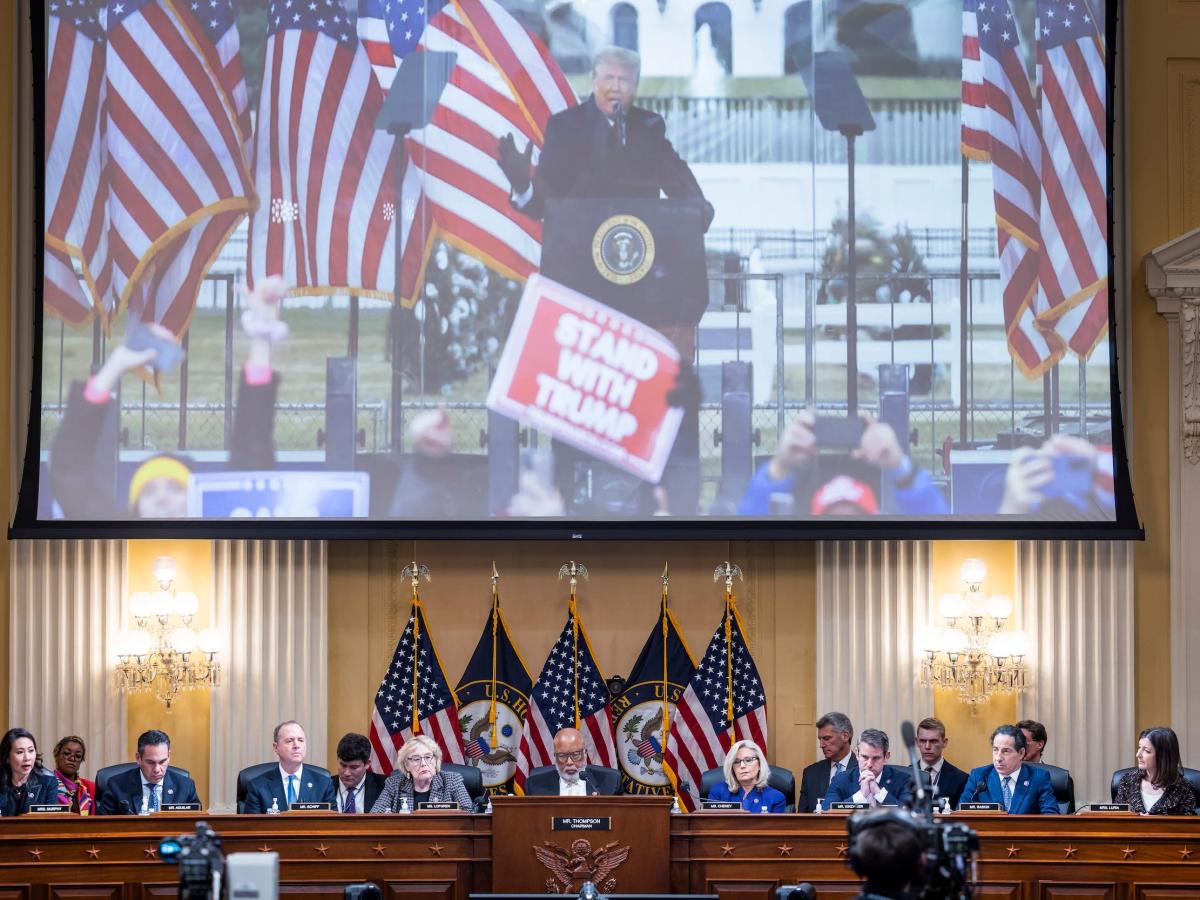 Congress passed its most sweeping post-January 6 actions on Friday, a host of steps that would rule out a future rogue vice president unilaterally casting aside election results, among other reforms.

Lawmakers were unable to pass the legislation by itself, leading the bill to be attached to the sweeping $1.7 trillion deal that would fund the federal government for most of next year, a common way to pass legislation unrelated to government funding. The House easily passed the omnibus Friday afternoon, sending it to President Joe Biden. Biden pledged to quickly sign the legislation into law. The president also praised the voting reforms.

“This is critical bipartisan action that will help ensure that the will of the people is preserved,” Biden said in a statement. “I want to thank Senators Collins and Manchin, as well as Senators Klobuchar and Blunt, for finding compromise to strengthen our democracy in the face of election denialism and assaults on our bedrock constitutional values.”

Effectively, these changes to the ECA are aimed at ensuring that the formal counting of the Electoral College votes remains a rather ceremonial and perfunctory occurrence. The new law comes after President Donald Trump and his allies tried to argue that ambiguities in existing laws, including the Electoral Count Act, would have essentially allowed a combination of Vice President Mike Pence and Republican state legislatures to override the will of millions of Americans in the 2020 election. Pence refused to do so, insisting that it would be unconstitutional, following his own review of the founders’ statements as well as the research completed by his legal team.

“Most people agree with Vice President Pence that the Constitution and the 12th Amendment did not allow him to disregard electoral votes, or to ignore how electoral votes are counted, or make decisions about these alternative slates of electors,” Derek T. Muller, a University of Iowa law professor and election law professor, told Insider. “The Constitution didn’t allow it. The Electoral Count Act didn’t allow it.”

Nevertheless, Mueller, who worked with senators to draft the legislation, said it is aimed at closing off any existing ambiguities. He also added that lawmakers aimed to make changes that will outlast the current moment that is dominated by Trump.

“I know people are obsessed with Trump and what happened in 2020 and what could happen in 2024, but this is a bill that has been around for close to 135 years,” Muller said. “It’s not something that you amend lightly and it’s something that you want to last for the next 100 years.”

Among the key changes are:

The House January 6 committee has pushed for these changes, although senators were already considering the legislation before the panel formally endorsed the efforts.

How Trump and his allies’ mischief got us here

To understand the changes, it is important to remember how Trump and his allies tried to argue their case after multiple federal courts dismissed their claims of widespread voter fraud.

Conservative attorney John Eastman and other Trump attorneys pushed Pence to consider two avenues that would have been unprecedented in their scope. They wanted the vice president to either delay the January 6 joint session of Congress and/or unilaterally find that the certified results of states in disputes were not legitimate. Under this second scenario, Pence would have then moved to count pro-Trump electors, changing a state’s election results and potentially keeping Trump in the White House. On Tuesday, the House January 6 committee recommended to the Justice Department that Eastman face criminal charges related to his conduct.

Pence rejected these pleas repeatedly. He and virtually every major legal scholar considered these to be illegal actions. Pence has also said that morally speaking it would be antithetical to the American ideal to effectively allow one person to decide an election.

Since this was already the established legal view, some lawmakers have questioned whether it was really necessary to declare that no vice president could ever do what Trump pressured Pence to do.

Trump himself has suggested that by clarifying the Electoral Count Act, senators are implicitly suggesting that Pence could have had this power.

“I don’t care whether they change The Electoral Count Act or not, probably better to leave it the way it is so that it can be adjusted in case of Fraud, but what I don’t like are the lies and ‘disinformation’ put out by the Democrats and RINOS,” Trump wrote on his social media platform Truth on Tuesday. “They said the Vice President has ‘absolutely no choice,’ it was carved in ‘steel,’ but if he has no choice, why are they changing the law saying he has no choice?”

Pence was not the lone figure on January 6, 2021. In order for pro-Trump lawmakers to throw the election to the vice president, they still needed to file objections to the results. Under current law, this process has an extremely low threshold. Only one member from each house needs to support an objection for the joint session to be suspended and for both respective chambers to then vote on upholding an objection.

Democrats filed objections in 2001, 2005, and 2017. As Politifact previously pointed out, the losing candidates in each election did not support this protest. In all instances, the losing Democratic candidate had also conceded the presidential election. Democrats only met the threshold for sustaining an objection in 2005, when then-Sen. Barbara Boxer, a California Democrat, joined then-Rep. Stephanie Tubbs in objecting to the certification of Ohio’s results. Their objection failed.

It is worth noting that under the new requirements, none of the objections on January 6, 2021 would have met the initial threshold. While 147 Republicans voted to overturn either Arizona or Pennsylvania’s results or both, only six senators objected to Arizona and seven to Pennsylvania.

One of the other more consequential changes within the legislation is how it treats state legislatures. Former New York Mayor Rudy Giuliani and other Trump attorneys argued that state legislatures could appoint their own electors. Under this scenario, Republican state lawmakers could have effectively changed the election by appointing pro-Trump electors in states Biden won. The new provisions, Muller said, would make it clear that a state only gets one election.

Outside of the elections itself, the bill would also make a key change to presidential transitions. If passed, the federal government could allow competing candidates to receive transition funding and conduct basic business as results are certified.

This became a major point of contention in 2020.

Under the current law, the General Services Administrator declares the apparent winner of the election. Administrator Emily Murphy, a Trump appointee, waited for days after major news organizations declared Biden the projected winner to sign off on his transition funding. The changes would allow for multiple candidates to receive funding, potentially avoiding such drama in the future. New provisions would also force an administrator to declare an apparent winner in certain circumstances.