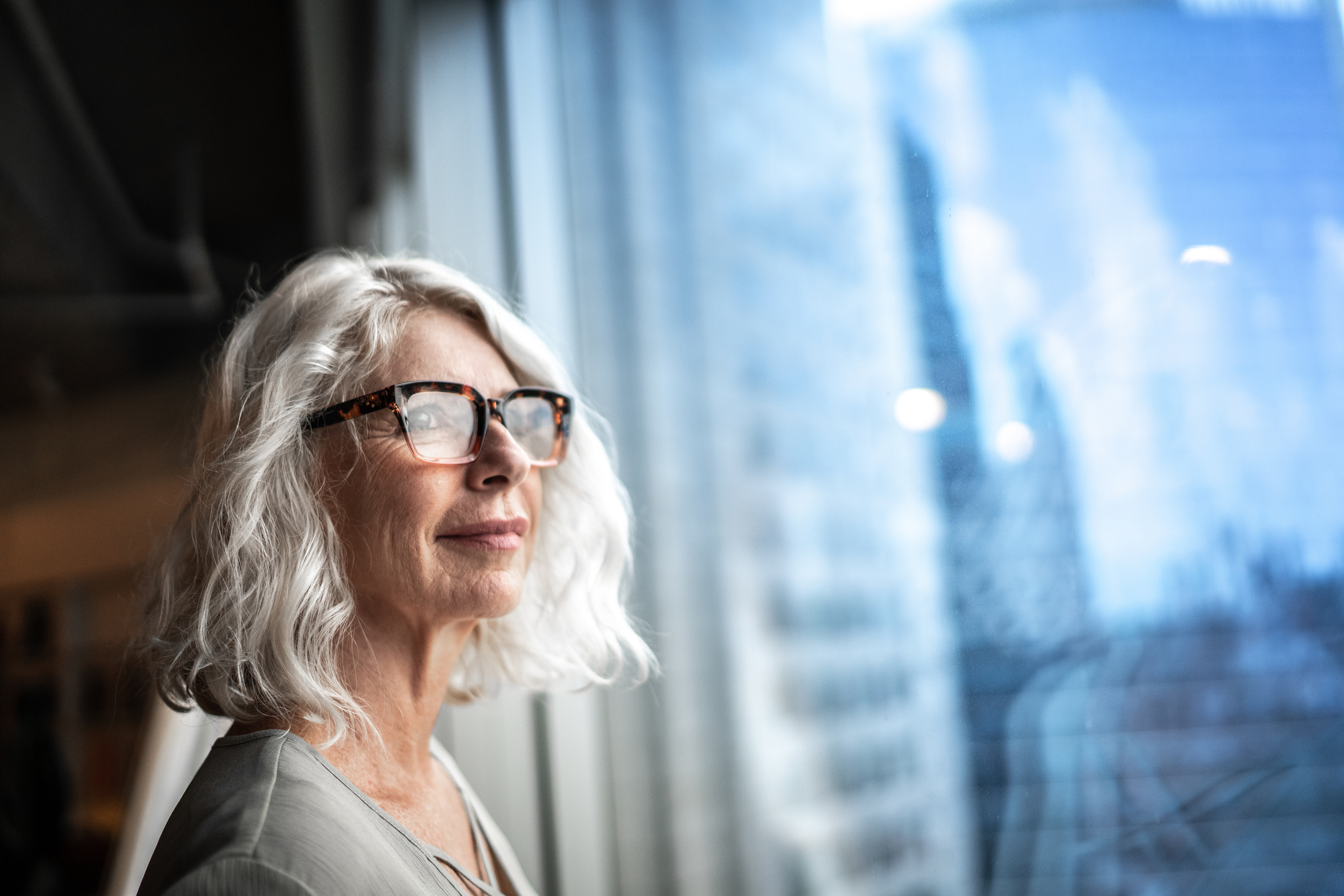 Statistically speaking, one would expect stocks to go up in 2023 given the market’s dismal performance in 2022. However, there are four reasons why I think the bear market could rage on.

Counterintuitively, I believe there are stocks that you should be investing nonetheless. Here’s how it all fits together.

Four headwinds are blowing against the market

On one hand, it’s always possible to find reason for pessimism — just watch the news for 20 minutes. And yet, things are often better than they first appear.

On the other hand, the headwinds blowing against the market going into 2023 look particularly strong to me. Here are four high on my radar:

According to Redfin, the median sale price of a house in the US is about $394,000. And Federal Reserve chairman Jerome Powell explicitly believes that these prices are unreasonable. To Powell’s point, Redfin’s data shows a greater-than-30% increase in median home prices in the past three years — a historical anomaly. And the Federal Reserve is consequently raising interest rates at its fastest pace ever, to “reset” prices, as the chart below shows. 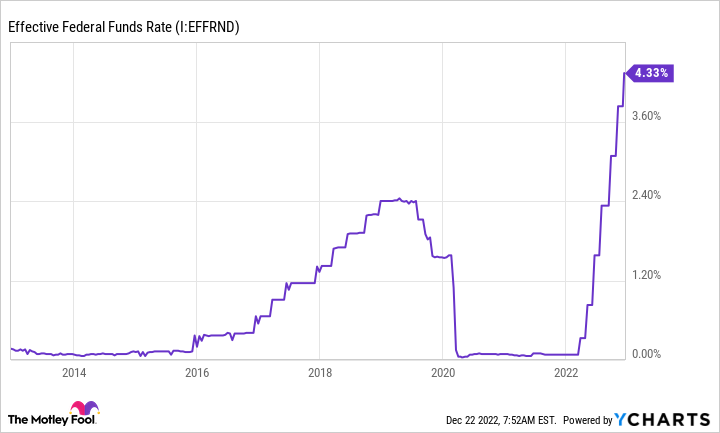 The reset plan is working. Pending home sales fell 37% year over year in October, according to the National Association of Realtors, which is the worst annual drop on record. In short, when interest rates go up, homebuyers can’t afford high home prices, so prices have to come down or pending sales plummet.

Housing prices have started to come down. But it looks like this is building momentum heading into the new year.

The Manheim Used Vehicle Value Index is used to judge the state of the used-car market. On this index, a value of 100 would be considered normal, although it has consistently tracked higher than this over the last decade. Prior to the pandemic, it peaked around 141. To start 2022 it was at 236, suggesting used-car prices were more than double where they should have been.

CarMax and Caravan are two of the largest used-car dealers in the world, but Carvana wanted to be the undisputed No. 1. To do this, it acquired inventory at a break-neck speed in recent years, often paying over the value of the car to secure it. But with historically high prices, this has left billions of dollars in car inventory for both of these players. 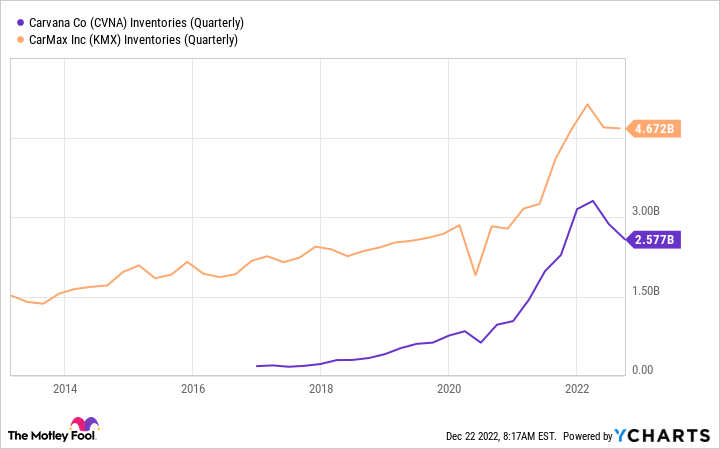 Like houses, consumers can’t afford high used car prices because of the dramatic increase in interest rates. Therefore, inventory isn’t moving. On Dec. 22, CarMax reported a hefty 28% year-over-year drop in sales for the third quarter of its fiscal 2023.

Right now, the Manheim Used Vehicle Value Index has declined about 14% since the beginning of the year. But the value of the index suggests it’s entirely possible to see used-car prices fall much further in 2023.

It’s hard to know what the fallout of this would be. We could see Carvana and CarMax underwater on their inventory, leading to liquidity problems. Inventory could flood the market, hurting all used-car dealers. And financial institutions that funded used-car inventories could see write-downs.

Back to the Federal Reserve. It’s trying to control inflation without causing economic turmoil — ie, it’s aiming for a “soft landing.” However, it is possible that its decisions are being guided by faulty data.

In the second quarter of 2022, there was debate over what a recession was. Gross domestic product declined for a second consecutive quarter. But the jobs market was strong. And because jobs remained resilient, the Federal Reserve kept marching full speed ahead.

Jobs weren’t strong, after all. It’s normal for numbers to be revised over time. However, the Q2 jobs revision was massive. On Dec. 13, the Federal Reserve Bank of Philadelphia said that the US only added 10,500 net new jobs in Q2, down from the previous estimate of over 1.1 million net new jobs.

The Federal Reserve used the previous jobs data to inform their interest rate hike decisions. However, considering the estimate was off by more than a million jobs, it’s possible the committee raised rates too far, too fast, making for a much harder landing in 2023 opposed to the soft landing it was hoping for.

4. The market is still expensive

Moreover, consensus earnings estimates are subject to downward revisions. The consensus estimate for 2023 has already come down some but it could decline more as the aforementioned winds blow against the economy. And if estimates come down, the S&P 500 is all the more expensive today.

If a recession materializes, I would expect earnings estimates to come down and the market to fall more in 2023.

Fortunately for investors, there can still be long-term winners even when the market is going down. For example, Occidental Petroleum absolutely crushed the market in 2022, rising 120% year to date as of this writing. This supports my belief that there are always golden opportunities for investors who are willing to do a little prospecting.

I believe small-cap stocks present a promising gold mine for digging. Circling back to Yardeni Research, it shows that the S&P SmallCap 600 trades at less than 13 times its forward earnings estimates — far below its average over the past 20 years, which could mean that many small-cap stocks are undervalued heading into the new year.

It doesn’t take much digging to find promising small-cap opportunities. For example, sales growth is slowing for furniture companies Lovesac (LOVE 5.31%). Being a premium brand comes with its challenges when discretionary budgets are squeezed by inflation. But its net sales still grew 15.5% year over year in the third quarter of its fiscal 2023 (showing ongoing strong consumer demand), it’s profitable year to date, and it’s debt-free.

Trading at just 9 times earningsLovesac stock looks like a bargain to me and could be a good stock to accumulate for the long term in 2023. And I believe there are more small-cap bargains out there as well.

I don’t wish for readers to be uninformed about what’s going on with the economy, which is why I outlined the four headwinds that I see. But this article is meant to inform, not scare. I still believe methodically and regularly investing in stocks for the long term is the best course of action. And I believe small-cap stocks could be particularly smart places to invest based on everything we’ve seen here.